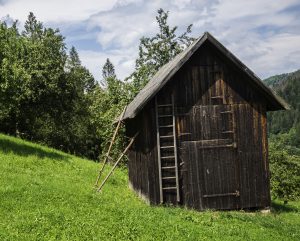 From my earliest years, Aunt Pearl was my favorite kinfolk. Her Southern-country upbringing spiced her conversation with unexpected surprises that delighted the heart and often startled you into laughter.

Her wit was quick, but so was her temper. Even though she was my favorite, I knew better than to sass her. When I stayed at her house, which was every chance I could, you can bet your shoofly pie I obeyed her.

She was short and round and twirled her long brown hair into a tight little circle on the top of her head, capped by a hairnet. She moved fast, worked hard and relaxed fully. Aunt Pearl deeply loved the Lord, her family and a good meal, especially if it was served with laughter.

On one of her visits to Michigan, I remember her sitting at my kitchen table sharing life lessons with me.

She looked up and said, “Child, there ain’t nothin’ worse than a whuppin’ from the Lord.”

“A whuppin’ from the Lord?” I puzzled.

“Yes, child, ain’t you never had no whuppin’?” she questioned.

“I guess I have. My mom used to send me out to get a switch off the tree. The worst part of that whuppin’ was picking the weapon to be used on you.”

“That ain’t nothin’ like a whuppin’ from the Lord,” she insisted.

“I was at this here hospital a-waitin’ in the hall to visit my friend,” she continued, “when they come abringin’ a woman down the hall on a gurney. The Spirit of the Lord said to me, Take that woman’s hand.’“

Again she heard Him state, “Take that woman’s hand.”

Aunt Pearl said at this point she began to “ar-gee” with the Lord, “afeard” someone “would be a-lockin’ her up if she wusta be takin’ that woman’s hand.”

The woman was rolled passed her, and for one moment their eyes met. Then she was gone down that long hall and through the double doors. Word came out a short time later that the woman had died.

With tears in her eyes, Aunt Pearl said, “Child, there ain’t nothin’ worse than a whuppin’ from the Lord.”

She believed the Lord had given her the opportunity to be the last person on this earth to touch that woman with His love, and she had failed to respond.

Then, with new determination in her voice, she announced, “Now when the Lord tells me to take someone’s hand, I take her hand, her arm, I hug her neck, and I don’t wanna let her go. ‘ Cause I don’t want no more whoopin’s from the Lord.”

“Have you been to the woodshed lately?” 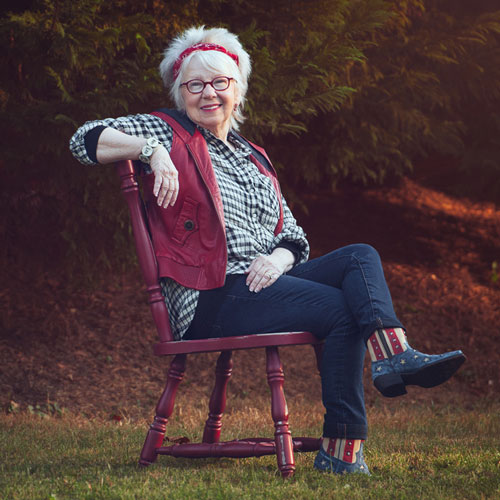